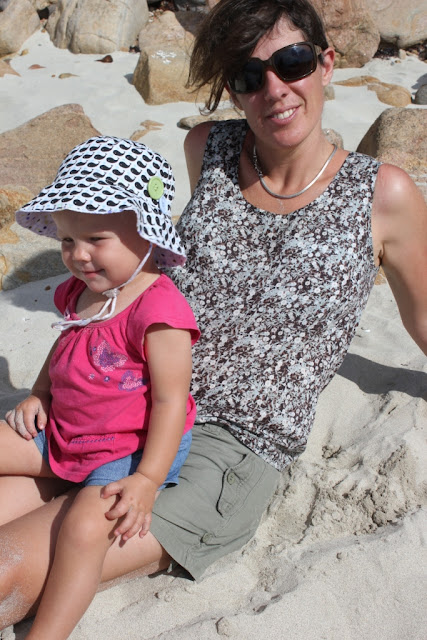 This tank was made from a pattern I drafted from a top my step daughter brought.  Hers had a fancy collar a bit reminiscent of my Roxanne top but it was the simple shape and good fit that made me want to make it.  This was the second version, made with a piece of Liberty fabric that my parents brought for me for Christmas.  It was probably only about 80cm but it was perfect for this.

My 1st version of this had disintegrated (made out of an old skirt, itself made out of a patchwork ofrecycled indonesian fabrics, I had already replaced some of the patches but went a big tear opened up right on my left boob (what do you call them on blogs?) I gave up but knew I had to make another as I wore it a lot.

It fits pretty well but I don't think I copied it perfectly as the pattern isn't quite how it should be, front not as wide as the back etc. The original was not brilliantly made but even so think I have a bit to learn.  BUT still it works and I wore this one today...which got me to write the post.  I shortened the front a bit to have a bit of a curve rather than be straight across.  And I promise last of the beach photos!

I love the colours and the print.  In fact I think its really reminiscent of the landscape round here.  I put in the picture of the jetty and scrub, taken at the same place (just by Canal Rocks) as I think they compliment it so well. 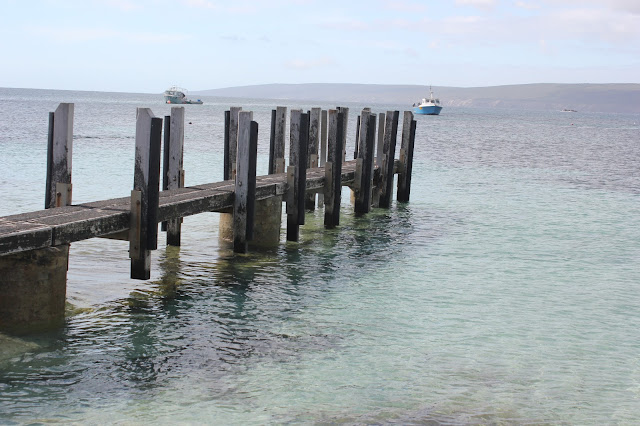 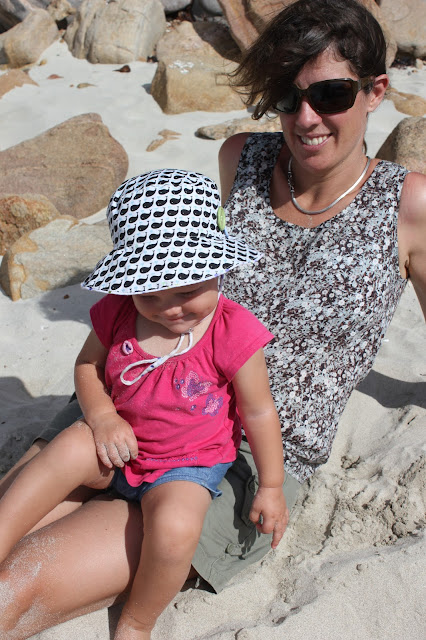 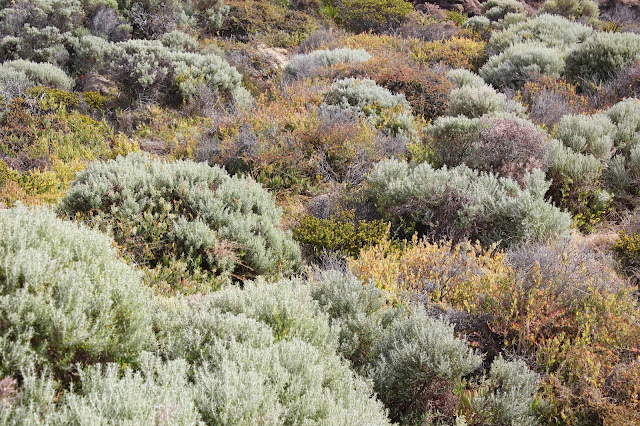 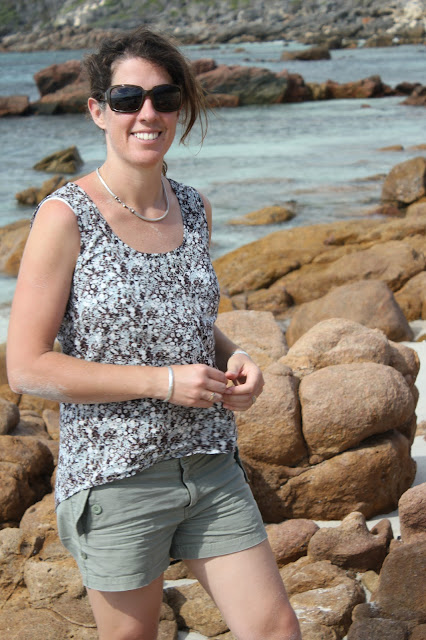 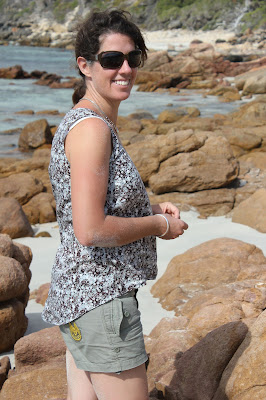 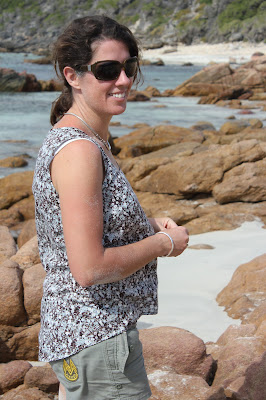 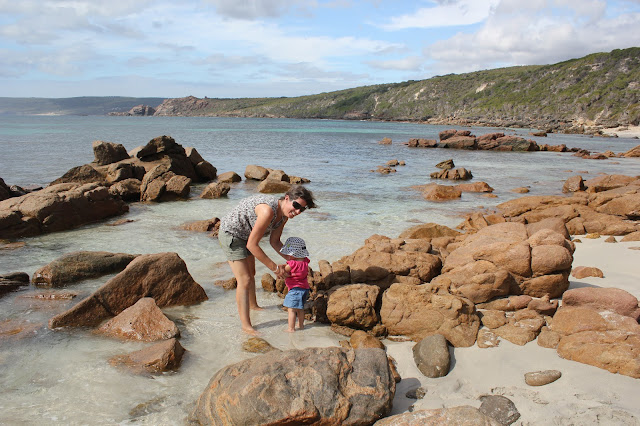 Email ThisBlogThis!Share to TwitterShare to FacebookShare to Pinterest
Labels: self drafted., Top