Wow, time has flown by.  I finished teaching my 1st set of classes in early July and its now late August.  Eeekk.  It was a lot of fun.  We got to cosy up in the Country Women's rooms in Dunsborough, eat cake and, importantly, make skirts.  The pattern I chose for the class was a great beginners one Megan Neilsen's Kelly Skirt.  Its a great one because it only has one important measurement which is the waist.  It's simple to sew with lots of straight bits but also some intersting things like pockets, pleats and button holes and the finished object is pretty stylish too.

Everyone was so excited by the pockets, its really the 1st thing you make and when they realised that they had put in 2 nicely shaped pockets there were lots of smiles.  Button holes too went pretty well.  I did lots of revision and practice before hand and am now also much better at them than I was before!!!

I learnt many other things too.... like it takes 10 hours to teach a class to make this skirt and finish it not 7 and a half.  Pleats also caused us a few headaches.  Not that they are hard to put in but that everyone needed up with skirts that were too long around the waist and so the waistband only just fitted (and was maybe a bit big finished).  I think for next time I will get everyone to hand tack them and check the waistband length before machine basting in place.  Its also really interesting to see what what beginners really need to know, what's too much and of course those things you think are obvious but totally aren't when you 1st start.

I had such a nice 1st group and three and a half finished skirts out of four.  Erin couldn't make the last lesson but I know she's brought herself a sewing machine after using mine to do the course so I think its out there somewhere!  Here are few pics....
And here's a picture of me that I'm using for my facebook page for the classes.  I've cut my fringe.  I know you can tell I did it by that kink.  Well actually my husband did it but I can't be blaming him.  I haven't had one for years but I like it.  Look a bit crazed here, hopefully it won't put everyone off! 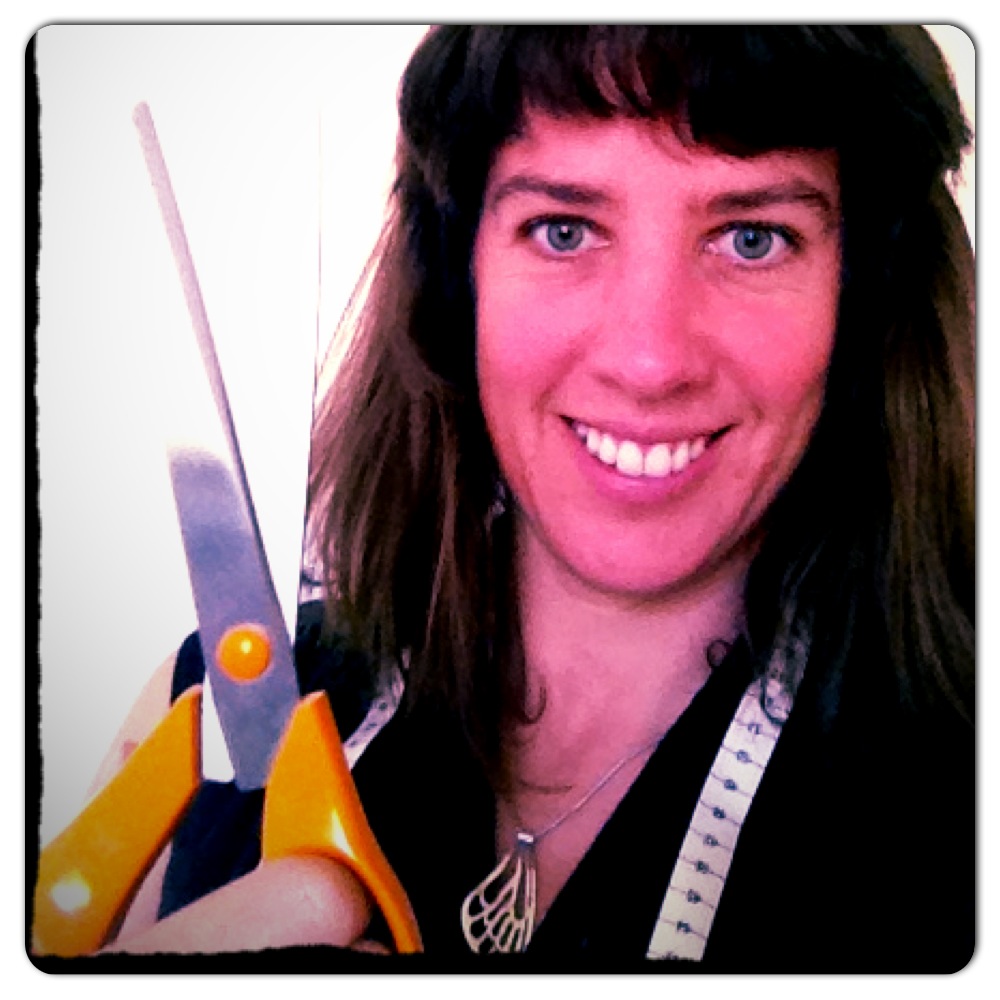 More classes coming soon but I need to work out exactly when as I have started going to some too.

Yay, I'm so excited.  I'm into week 2 of pattern cutting evening classes at Bunbury TAFE.  I accidentally happened upon an advertisement for them, enquired and was told there weren't enough people............. then there were and there I am.  yey.

We are doing skirt and bodice blocks, styles, grading and all sorts.  I was amazed how well my skirt block fit - of course it would I guess.  I've done bits of it before and read lots so its not all totally new but it really does make a huge difference to actually do it in practice and have someone teach you, show you how its properly done and answer your questions.  I love learning anything really but to be able to learn this which I have been wanting to do for ages is a real priveledge.  A do you know what? Its not that hard either (she says after only 2 weeks and some VERY basic styles).  I think I will be making patterns for a lot more things myself.

Next up I'm off to do a day of natural dyeing in September.  After a quiet winter its all happening.  Feels good.

Email ThisBlogThis!Share to TwitterShare to FacebookShare to Pinterest
Labels: classes