It's lovely and warm and cosy and, in that, it seems to be all I'm after in an item of clothing these days!  I brought this fabric at the local markets from a lady that sells (obviously) pieces of second hand fabrics, haberdashery bits and bobs as well as a rather good selection of second hand books.  I think this set me back $4.50 for a meter and a half of boiled wool type jersey.  One side looks just like boiled wool, the other like jersey.   Not sure which side is meant to be the right one but I went for the bobbly side.  It stretches like astable jersey.

I spent a bit of time prowling the interwebs for a suitable pattern but didn't find anything I really liked.  Then I stumbled on a few tutiorials and looked at cardi I already had.  In the end I decided it would be easiest to draft a pattern from a top I already had.   I used the long sleeved black T shirt that I'm wearing underneath.  Infact it was very easy and I wonder why I didn't think of this earlier.

On the front I just curved the neckline down from the shoulder to the centre front at the bottom.  Then I cut two 30cm wide pieces (each the length of half the front) sewed them together and attached them as the collar.  The width was decided by a small hole in the fabric meaning 30cm was all I could fit in.  I think it works pretty well.  If I was to do it again I think I might curve the centre back seam of the collar so that it rolls over more softly, although it works ok as it is.  The collar and front are really nice to wrap around you and snuggle in. 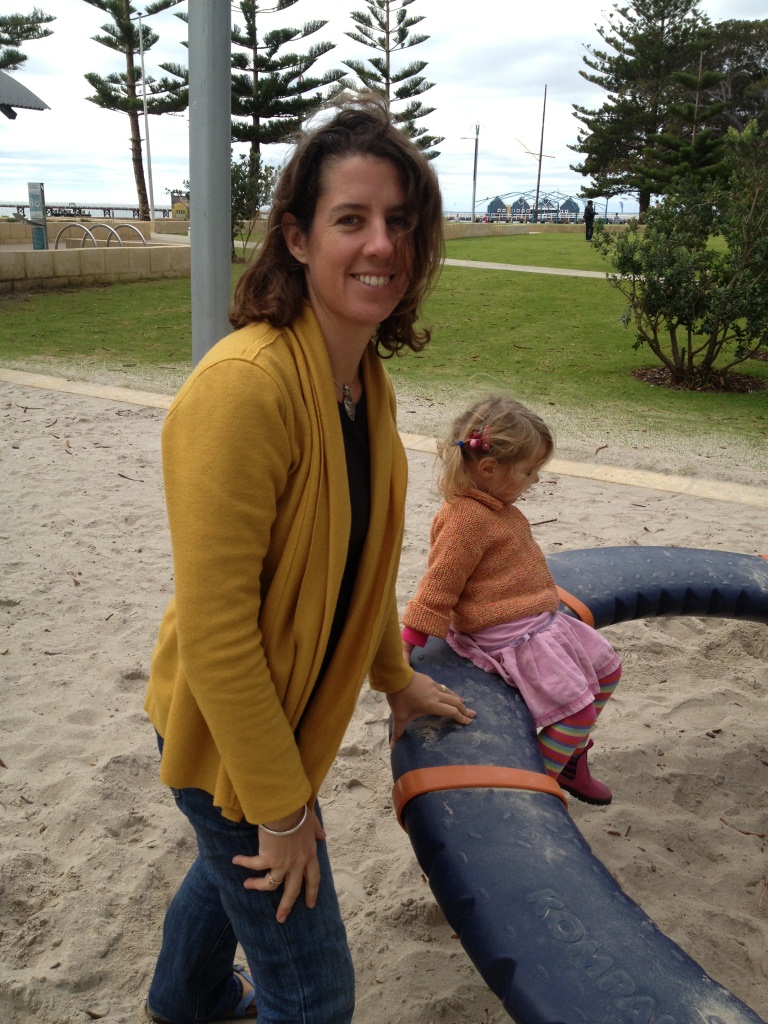 I did the shoulder seams inside out and sewed the seam allowances down with a zigzag stitch.  Other seams were the normal way out but also sewn down on either side with a zigzag.  I feel like the zigzags add a bit more structure and make it look a little more jacket like.  I left the hem and neck unhemmed.  My husband keeps asking when I'm going to finish it but I think its fine. 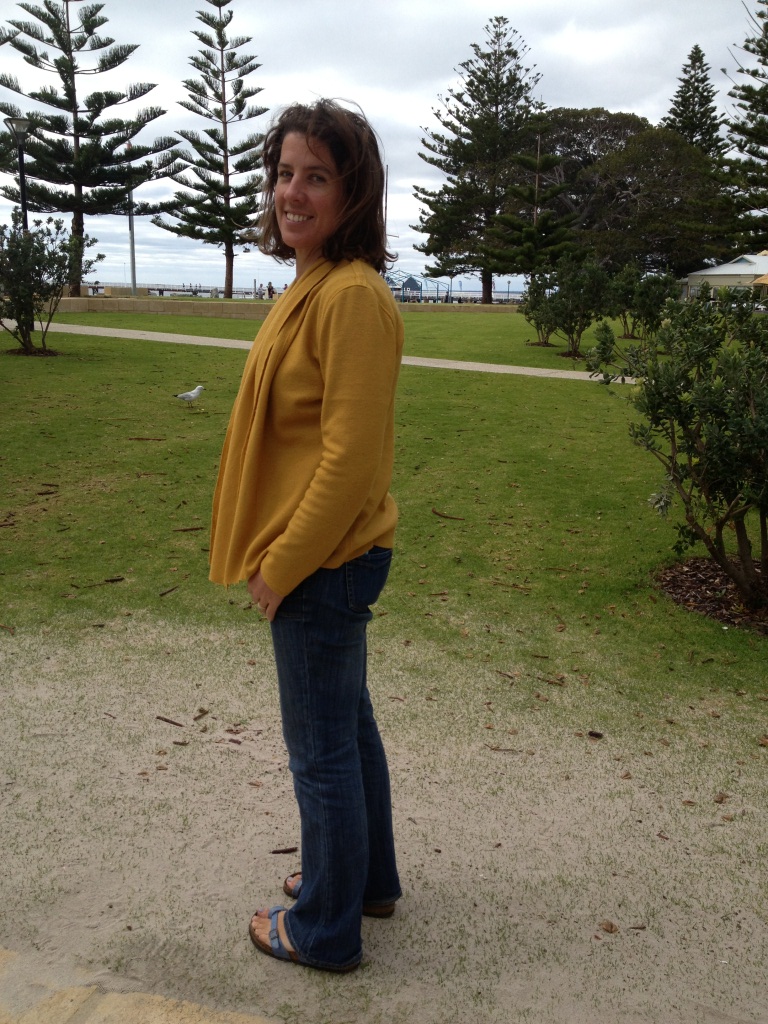 My hair looks a bit crazy but as I said I'm warm.  I've worn it lots.  I like the colour, infact I seems to have sewn a few things in different colours (for me) but which all go toghether really well. 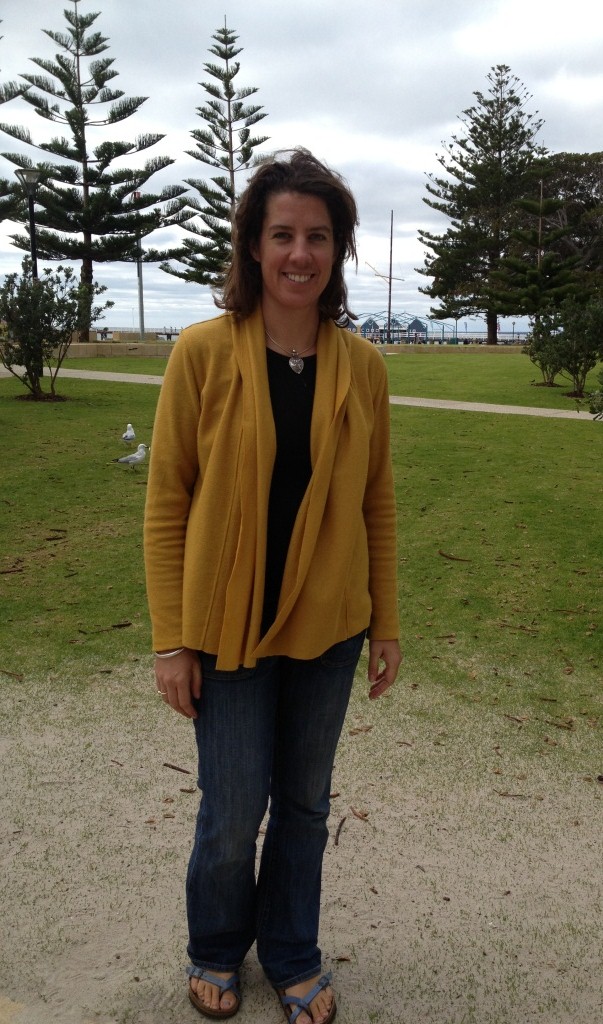 I like the shawl/scarf like collar.  I was considering a more waterfall one which seems to consist of curtting a big rectangle extra on each front piece.  In the end I didn't think it would be so warm for this cardi but I do have some thickish white jersey that I might try one from.

One thing I did learn from Me Made May (final post sometime soon) was that I mainly wear jeans in winter and I was lacking many warm things to go with them.  Here's solution number one!

Email ThisBlogThis!Share to TwitterShare to FacebookShare to Pinterest
Labels: self drafted., Top