Painting the town red (and blue and yellow)

Its been about 40 degrees in these parts since Christmas day.  I was feeling seriously in need of a light, cool, easy to pull on dress.  I managed to sneak a visit to Spotlight a couple of weeks ago.  Its an hour away and it was my 1st fabric buying trip in over 3 months.  I found this lovely painted cotton voile in the clearance rolls.  I really don't have much in thse sorts of colours but I loved its boldness, and was looking for some voile so $12.50 later I had 2 1/2 meters of it.  Its by an Australian company called Wenzel. Most importantly it also matches my new red salties.

This dress from the cover of Burda 11/2012 looked like it would fit the bill.  I liked the ruffles and the dropped waist and its pull on comfy easyness. 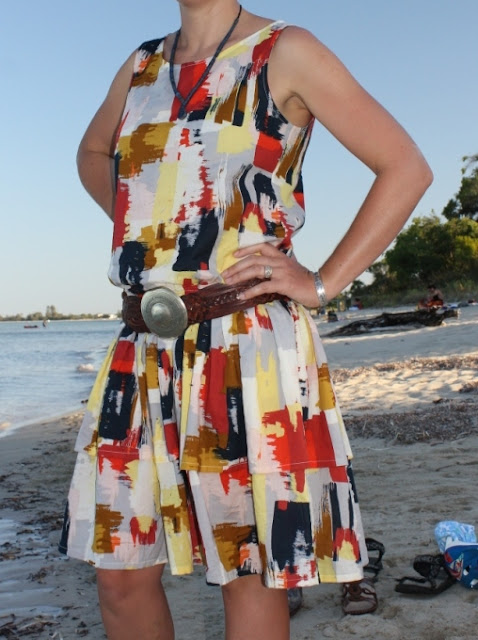 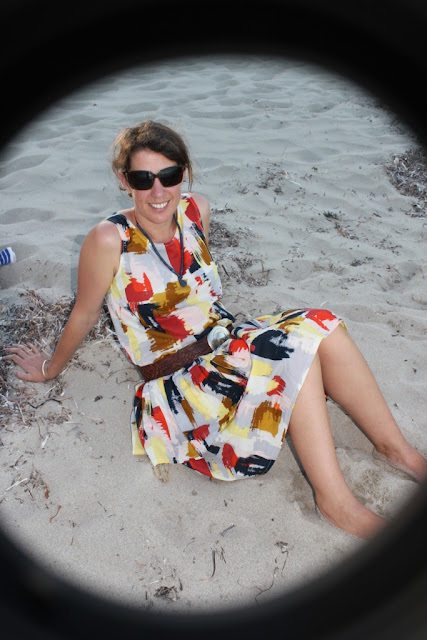 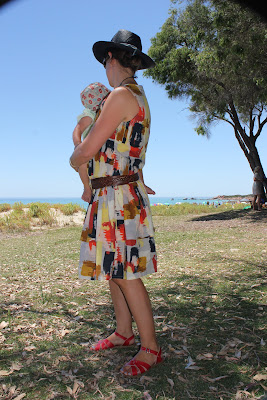 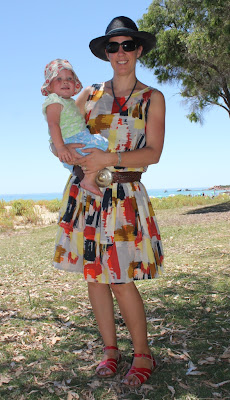 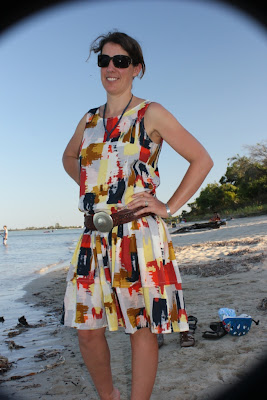 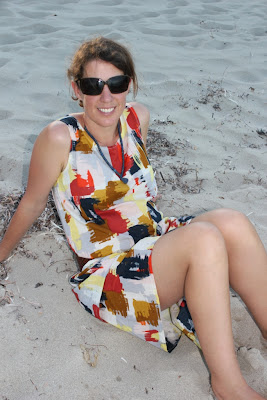 I really like it and have worn it 3 times already since I finished it just after Christmas.  I made a few changes to the pattern.  Infact the top part is the same as the tank I made just cut a bit shorter.

Thats about it.  It was easy to make.  I did french seams and bound the neck and arms with bias binding.  I've started under-stitching it and it make it sit much better.

Happily its just started to rain.  All that heat was getting a bit too intense for me.  Still a pom at heart.